How much do you know about Chinese Ancient Poetry? How fun it can be?

G4 students have started to research about it since the beginning of this semester. Each of them watched a TV show called Chinese Poetry Competition held by China Central Television. After discussing the Competition, They got to know more about Chinese Ancient Poetry and showed more interests in it. After that, each student chose a poem to study it, made a poster with some questions to introduced it; Also they taught other students in class as a real teacher. The most exciting part of it is that we had a competition at the end and G3 students joined as well. G3 students recited some famous poems to warm up the competitive atmosphere and each G4 students tried their best to win the game which was really nervous but the most fun. It’s not easy to win but Lily did get the highest scores, Nicolas from G3 did a great job in “Feihualing” part. Congratulation to them! Congratulation to each participant!

This author hasn't written their bio yet.
WIS Staff has contributed 68 entries to our website, so far.View entries by WIS Staff 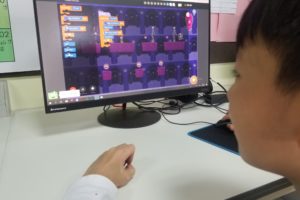 Students in Grades 4 and 5 have been testing their[...] 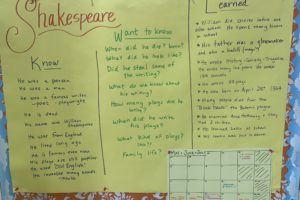 Shakespeare and the Renaissance

Who was William Shakespeare? We are just starting our unit[...] 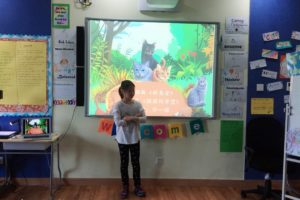 Have you heard a popular series book “Warrior Cat”? If[...]