Recently, an English-language newspaper became popular at Hangzhou Wahaha Schools. At first glance, many thought it was published on a regular basis. Professional typesetting, proper design, rich both in content and in pictures…

Actually, the newspaper is the work of the WIS fourth grade English class. The children have been fully involved in the whole process of creating the newspaper including planning, selecting topics of interest, researching, writing, layout, proofreading, printing and publication.

In order to help students better understand the process of making newspapers, on January 16th, their Chinese Culture teacher led WIS fourth and fifth grade classes to Fuyang, Hangzhou to explore an ancient village known for paper making.  With their teachers, they visited a local workshop and learned about the whole process of papermaking.

The bamboo forests in the mountains has become the renewable resource for the papermaking craftsmen of Fuyang village. The local art of papermaking has long been recognized by the State Council as part of China’s invaluable, national cultural heritage, as it brings China’s splendid cultures to life on paper. Therefore, in order to admire culture, one must first pay respect to the paper.

In the paper-making workshop, students observed the actual process of bamboo being converted into paper. The craftsmen stooped to run fine mesh screens through a trough filled with water and bamboo fiber, picking up a thin layer of paper pulp. The screen of wet pulp was then laid on top of a wood plank to dry, and a piece of still-wet paper was created.

The origins of modern-day papermaking lie in the stooping and scooping motions of traditional bamboo paper culture.

The students were challenged to repeat this technique with their own hands.

Several children repeatedly tried without success because it was difficult to obtain an even layer of pulp on the screen. After a few tries, they could only shake their heads.

The craftmen said that Fuyang’s paper is designed to last for a thousand years while a piece of ordinary paper decomposes after several decades. They bend down thousands of times a day and can make 1000 sheets of paper daily. It is a technique that could take at least half a year to master. The handcrafted paper is something that modern machinery cannot duplicate, an exquisite product whose beauty is eternal.

At the paper-drying hall, several sheets of paper were posted and heated on a baking wall made of iron plates. The temperature of the drying wall rises to between eighty or ninety degrees to efficiently dry the paper.

The paper gets really warm – can you feel it?

In the afternoon, the students were given more difficult tasks such as making a wooden box with mortise and tenon joints. It was both a mental and physical challenge, from splicing to reinforcing nails and locks. After hours of dedicated and unremitting efforts, most of the students have completed their beautiful handmade wooden boxes.

Upon leaving the villiage of papermaking, everyone had the same feeling: the craftsmanship of cultural traditions is not easy to master. Even the most common piece of paper has been created through a process that includes shredding, cutting, churning, boiling, cooling down and drying. However, in today’s convenient and modern world, most people don’t really appreciate the complex history of every piece paper.

Wahaha International School’s mission is to cultivate young ambassadors with an international perspective and strong communication skills in both English and Mandarin. We educate, empower and encourage students to become caring, confident, and responsible global citizens and life-long learners. 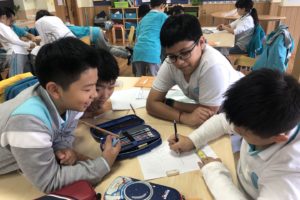 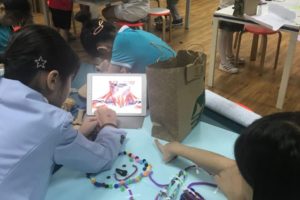 My Body My Health 我的身体和我的健

During the Who We Are, unit of inquiry, students learned[...] 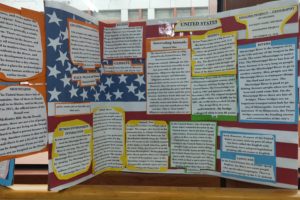 In grades 4 and 5, students learned about and researched[...]